Some cool September happenings at DOMINO. I’ll be visiting Stockholm for most of the month and away from the internet so I thought I’d get you all caught up now:

Clara Bessijelle has been nominated for an Ignatz Award for Promising New Talent! The Ignatz Awards take place at SPX in Bethesda Maryland on September 15th. While DOMINO won’t have a table at the show, Bessijelle’s nominated book The Lobster King WILL BE AVAILABLE AT SPX through John Porcellino’s excellent Spit and A Half table! If you are at the festival, be sure to stop by and pick up a copy (and don’t forget to vote for Bessijele in the Ignatz’!) of the long out of print comic—Spit and A Half will also have plenty of copies of Bessijelle’s DOMINO publication Face Man for sale as well! 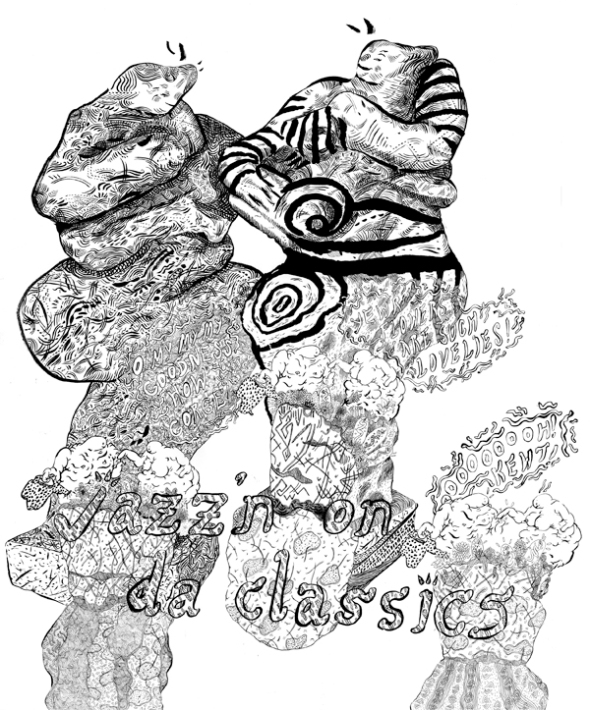 The New York Art Book Fair happens September 28th through the 30th in NYC. DOMINO is honored to have a table at this event that we have long admired. The DOMINO table will be entirely run and represented by Molly Colleen O’Connell! O’Connell will have copies of her new DOMINO book Difficult Loves as well as prints, zines, and all kinds of beautiful things.

We’re excited to let you know about a release party for Aidan Koch‘s new book The Blond Woman, which will take place on on Saturday September 8th at 282 Broadway Cartoon House (the place where DOMINO operates in that also serves as a home for many cartoonists). That’s 282 Broadway Apt 2, Sept 8th @ 8pm. Koch’s work is a favorite of mine—intellectual statements that hold within them unashamed expression. The Blond Woman looks like the strongest work yet from this author.

Lastly, as I noted before, the DOMINO store will be accepting orders for the month of September—but as I will be away from our inventory for the entirety of the month, orders placed will have to be shipped out on Oct 9th. Thanks for your patience!